Dengue is a mosquito-borne disease commonly occurring in tropical and subtropical regions, with almost a million cases of dengue infection every year. So far, dengue has only been found in travelers who have been to an area where dengue is common. It is a severe and debilitating mosquito-borne disease caused by any of the four dengue viruses related to the same viruses that cause yellow fever and West Nile infection.

People become infected with dengue when an Aedes mosquito bites them. The female Aedes mosquito feeds on blood from pigs and other animals before biting humans. People can get dengue if they have a weak immune system and are exposed to the disease. You have likely been exposed to the virus through an infected person you know or through exposure to an area where mosquitoes thrive, such as an outdoor swimming pool, river, lake, or woodland area.

Although most people who are infected with dengue don’t experience any symptoms. Often symptoms of dengue are mistaken for other disease conditions,

Signs you should seek medical help for dengue

It is challenging to diagnose dengue fever because of the confusion of signs and symptoms with other diseases like malaria, typhoid fever, chikungunya, or even the Zika virus.

Dengue diagnosis usually happens by asking the person if they have ever been to a place with a lot of mosquito activity. The symptoms may also help your doctor make a diagnosis. If your doctor suspects dengue, they may order blood tests to check for signs and antibodies in the blood that show that the person has been infected before. This dengue test is essential because there is a chance that someone who has never been infected with dengue can get the disease if an infected mosquito bites them.

A person runs a greater risk of developing dengue fever or a more severe form of the disease if:

There is no specific dengue treatment yet. The best treatment is prevention.

When a person is infected, it is imperative to prevent mosquito bites. However, this can be difficult during peak mosquito season, which varies by region.

While recovering from dengue fever, one must stay sufficiently hydrated by drinking plenty of fluids and not delay calling the doctor if there are signs and symptoms of dehydration like,

There are OTC drugs to help reduce pain and fever, but in severe dengue fever cases, it is advised to avoid any OTC pain relievers, which can lead to bleeding complications. In such cases, the patient will need

Per the World Health Organization (WHO), controlling mosquito breeding and preventing mosquito bites are the main ways of preventing the spread of dengue fever. The following tips can come in handy,

Dengue is a severe disease that can lead to hospitalization and even death. But it is possible to prevent dengue with simple actions, such as wearing insect repellent, avoiding areas where mosquitoes thrive, and staying inside when outside during peak mosquito activity. In addition, people who are bitten by an infected mosquito can take steps to prevent transmission to themselves and their neighbors by practicing good handwashing.

Can You catch dengue twice?

A person infected with dengue can still get sick with the virus again, resulting in a secondary infection. While most people have no symptoms, a person who receives a second infection may have mild flu-like symptoms, such as fever and muscle pain. Therefore, it’s important to remember that anyone infected with dengue can get sick again even if they have had no symptoms.

What are the warning signs of dengue?

You should see a doctor if you have a fever, headache, rash, or blood in your stool and develop blood in your urine. For dengue, blood in the urine is a sign of kidney infection.

Is dengue a virus or mosquito?

Dengue is a mosquito-borne viral disease transmitted by the female Aedes mosquito, also vectors of yellow fever, chikungunya, and the Zika virus.

What are the three stages of dengue fever?

How is dengue caused?

People become infected with dengue when an Aedes mosquito bites them. The female Aedes mosquito feeds on blood from pigs and other animals before biting humans. People can get dengue if they have a weak immune system and are exposed to the disease. 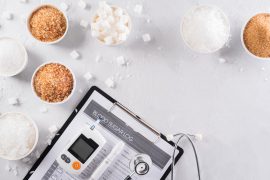 Exploring the Link Between Diabetes and Obesity 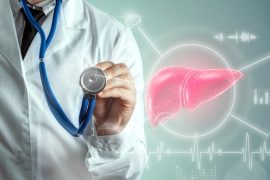 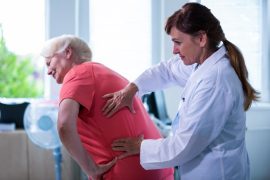