Pregnancy is an exciting time for an expecting couple, especially if it is their first child. Most couples wish to have a normal delivery as it is the safest way to have a child. But many times, a woman or the infant inside her may suffer from certain ailments that can cause complications during the pregnancy. At such times, doctors may recommend opting for surgical delivery method, which is a Caesarean delivery.

A caesarean or C-Section delivery is a surgical delivery process that is usually performed when normal vaginal delivery isn’t safe for either the mother or the child.

To start, What is a C-Section or Caesarean delivery?

When you put it across simply, a C-Section delivery, also known as Caesarean delivery is when the doctor makes a cut over the skin and on the lining of the uterus to make the delivery process a bit easier. Different types of incisions, either vertical or horizontal are done. It is a quick, often painless and effective surgical delivery method that doctors choose for women who have complicated pregnancies.

What types of C-Sections can one undergo?

During pregnancy, visits to the doctor for prenatal care need to occur frequently. In these sessions, the doctor may spot a complication for which you may need to forego the natural or normal delivery route and in its place, opt for a C-Section (Caesarean) delivery. Largely, the decision to undergo a C-Section is taken by the doctor when the actual delivery is taking place. Such intervention is called an Emergency C-Section.

But, in a few cases, the doctor may tell the expecting woman beforehand that she has to undergo a caesarean to avoid any complications that may arise if a normal delivery is attempted. Sometimes, there may not even be any complications. A woman may just want to avoid the pain that comes with labour and opt to go for a C-Section delivery instead. But of course, the decision to undertake any type of delivery surgery eventually lies with the doctor.

What C-Section is recommended for women?

Some couples may want to go for a planned C-Section, but the decision to do so lies with the doctor, who decides in the best interest of both mother and child. The few instances where a C-Section is the preferred choice include:

1) Instances of multiple births, where the women give birth to either twins or triplets. While doing so, the doctor may go for a caesarean as normal vaginal delivery can get quite complicated or tiring.

2) Instances where the expecting mother has an underlying chronic medical condition such as diabetes or hypertension, which can lead to serious problems, especially while delivering the child.

3) Some women may suffer from an infection or sexually transmitted disease such as HIV. In such cases, the yet to be born infant may also be afflicted and as such, a normal delivery may not be the safest option.

4) A C-section may also be needed in some situations, such as delivering a very large baby in a mother with a small pelvis, or if the baby is in a feet-first position.

5) Sometimes the doctor’s decision to perform a C-section is not planned, and it is performed for emergency reasons as the health of the mother, the baby, or both of them is at risk because of troubles during pregnancy or after a woman has gone into labour.

What happens after a C-Section Surgery?

Are there any effects on the infants?

While a C-Section surgery is done in the best interest of both the mother and the child, there are certain issues that the infant may face as an outcome of caesarean delivery. Some of these effects include:

1) Altered Gut Bacteria: This can create problems in the development of a healthy immune system in babies which makes them susceptible to illness.

2) Delayed skin-to-skin contact:  Usually after caesarean delivery, the infant is kept in an incubator. The lack of touch causes problems in the transfer of healthy bacteria from the mother’s skin to the baby, maintenance of body temperature and delayed breastfeeding initiation. Along with these physiological effects, there is also the psychological brunt of delayed parent to baby bonding.

3) Excessive fluid accumulation: A complication that takes place during delivery that can cause obstructions in breathing for the newborn infant.

4) Non-molding of baby’s head: If your baby is born breech (buttocks or feet first) or by caesarean delivery (C-section), the head is most often round and not moulded.

5) Formation of Organs: A caesarean delivery can occur pre-term, which is, before the normal 37 week period. Due to this, the infant’s organs may not be fully formed and lead to complications post its birth.

6) Risk of asthma, obesity and delaying of developmental milestones later in life.

In today’s time, both science and medicine has evolved exponentially. So, if your doctor does suggest you to go through a C-Section delivery, there isn’t much that you need to be worried about.

If we look purely at statistics, about one-third of the deliveries worldwide are taking place via C-Section, with quite a good chunk of them being planned C-Section surgery. Of course, natural vaginal birth is always the most preferred choice, but it is always good to look at your options if complications arise. If you are still in the planning stage, it is also advisable to get yourself checked for any pregnancy-related complications, and when a woman does get pregnant, prenatal follow-ups with a doctor is a must. While the choice of delivery, either natural or surgical is best left in the hands of your doctor, there should be no reason to worry about C-Sections, as it will enable you to have a healthy delivery, and more importantly, your much-awaited offspring! 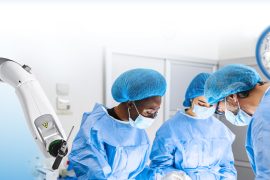 Use of AI and Robotic Technology in Joint replacement 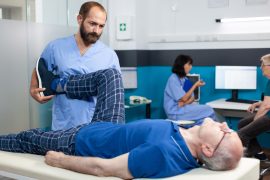 Physiotherapy Before and After Joint Replacement