Childbirth is a miracle that everyone looks forward to. But sometimes, complications may arise and in place of normal delivery, a woman may need to opt for a Caesarean delivery.  Caesarean delivery or C-Section is a delivery operation where a surgical cut is made in the mother’s abdomen and uterus.

The decision to undertake a C-Section delivery depends on the doctor. If a medical professional feels it’s safer for the mother to undergo a caesarean surgery over normal vaginal delivery. Caesarean delivery is avoided before 39 weeks of pregnancy for the child to have proper time to develop in the womb. But, in some acute cases, complications may arise and caesarean delivery will need to be performed before the 39 weeks. This is why pregnant women must undergo prenatal care when they’re pregnant so that the doctors can spot any complications beforehand.

In this surgical delivery, a cut is made in the skin and into the uterus at the lower portion of the abdomen of the mother. However, the cut in the skin and mostly, a transverse uterine cut is preferred in the majority of cases, due to good healing outcomes and also less bleeding. Also, it raises future chances for a vaginal birth. However, the type of cuts depends on the mother’s and the fetus’s conditions.

C-section delivery depends on case to case. As such, the doctor will decide whether to go for a horizontal cut, known as a transverse cut or opt for a vertical cut. In a transverse uterine cut, the surgeon makes an incision across the lower part of the uterus. Since these muscles do not contract during labor it is unlikely to tear. In a vertical cut, the doctor will make the incision that extends from the belly button to the pubic hairline.

In most cases, a transverse uterine cut is preferred because it leads to good healing outcomes and also lesser bleeding. It also raises the chances of normal vaginal birth in the future. But, the decision to do so will be in the hands of your doctor, as they know what is the safest option to undertake.

Now that we have a bit of a background on C-Section delivery, let’s see it’s different types.

As the name implies, a planned C-Section is one where the mother knows well in advance that her baby will be delivered via cesarean delivery on a particular date and likely won’t even go into labor. During a planned c-section, the doctor will take 10 to 15 minutes for making the incision and delivering the baby. Throughout the pregnancy, the mother can be better prepared for what is to come.

Unlike a planned delivery surgery, an emergency C-section will be a decision that is made by the doctor on the spot. If complications occur during the delivery, the doctor will opt for this surgical procedure. During an emergency C-Section, the baby will be delivered in about 2 minutes from the time the doctor makes an incision in the mother’s uterus.

This brings us to the most important question – Why does a woman need to undergo caesarean surgery?

Several conditions make a caesarean delivery a safer choice to deliver a healthy baby. These include:

However, a cesarean delivery is an intensive procedure that requires a longer healing process than a vaginal delivery. Only opt for a CDMR (Cesarean Delivery on Maternal Request) once a doctor provides a clear picture of the risks and side effects associated with the procedure.

What are the risks and side effects of caesarean delivery?

Caesarean deliveries are becoming a more common delivery type worldwide, but it’s still a major surgery that carries risks for both mother and child. Vaginal birth remains the preferred method for the lowest risk of complications. The risks of caesarean delivery include:

Not just the mother, even the infant can have complications. These include:

So, should you be worried if you have undergone a C-Section?

Pregnancy in itself is a beautiful and memorable process. But for many women, especially those who are delivering for the first time, it may be a bit intimidating. So, if you have to undergo a C-Section, there isn’t much to be scared of. Both planned and emergency caesarean surgeries carry a certain amount of risk, but if you follow the advice of your doctor, many of these risks can be controlled and you will be able to enjoy the miracle of childbirth once the said risk passes.

Obesity And Its Treatment 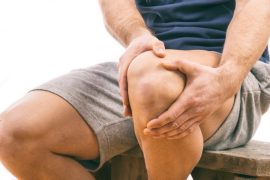 How To Take Care Of Your Knee Pain During Winters 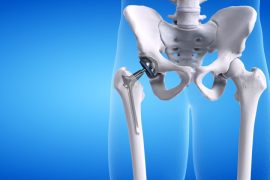