Sinusitis, also commonly known as a sinus infection, refers to a condition in which your sinuses or nasal passages are inflamed or swollen. Sinuses are small air pockets located on the cheekbones (maxillary sinuses), in the lower center of the forehead (frontal sinuses), between the eyes (ethmoid sinuses), and behind the nose (sphenoid sinuses). These sinuses produce mucus, a thin liquid that keeps the inside of your nose moist and protects it against dust, germs, and pollutants. Healthy sinuses are filled with air. But fluid build-up in the sinuses can cause blockage, which in turn causes infection. Some of the conditions that cause Sinusitis are common cold, allergic rhinitis (swelling in the nasal lining), nasal polyps (tiny growths on the nasal lining), and deviated nasal septum.

Anyone can be prone to a sinus infection. However, certain conditions and risk factors can increase your chances of developing sinusitis. They are:

Deviated Nasal Septum: In this condition, the tissue wall that separates the left and right nostril is displaced unevenly.

Nasal Bone Spur: This condition refers to bone growth in the nose.

Allergies: Patients with a history of allergies are often prone to sinusitis.

Cystic Fibrosis: In this condition, there is a buildup of thick mucus in the lungs and the mucus membrane lining.

Apart from the above-mentioned conditions, various other risk factors increase the chances of sinus infection such as weak immune system, smoking, dental infection, and many more. It is important to be mindful of these risk factors and treat them to reduce the risk of sinusitis.

To diagnose a sinus infection, your doctor will initially ask you about the symptoms. After understanding the symptoms, they may conduct a physical examination, where they will check for tenderness in your nose and face. After this step, the doctor may decide the right method to diagnose sinusitis.

The treatment for sinus infection depends on the type of sinusitis and the severity of the symptoms. The doctor would initially prescribe over-the-counter medications and decongestants. Certain home remedies may also help relieve sinusitis. Some of the most common treatment methods for sinusitis include:

Nasal Sprays: The doctor might prescribe over-the-counter nasal sprays that help treat inflammation in the nasal lining, thus relieving your sinus infection. But, prolonged use of the nasal spray can cause a rebound effect and make the symptoms worse. However, a steroid nasal spray can reduce the nasal congestion symptoms without the risk of rebound symptoms.

Nasal Irrigation: In this method, saltwater is sprayed into the nasal cavity to rinse away the fluid buildup and irritants.

Oral Medications: These medications are used in case of severe symptoms, especially when the patient is diagnosed with conditions such as nasal polyps. However, medicines like oral corticosteroids can cause serious side effects if used for a long time.

Antibiotics:  Antibiotics are necessary if the sinusitis is caused by bacterial infections and other treatment methods such as nasal sprays and over-the-counter medicines aren’t working. In case of severe symptoms, the doctor might prescribe an antibiotic for 3 – 14 days, depending on the severity of the symptoms.

Immunotherapy: This therapy is used when sinusitis is caused by allergies. In this therapy, allergy shots are given to the patient to reduce the body’s reaction to certain allergens. This method addresses the cause of sinusitis by treating the allergy rather than temporarily suppressing it with over-the-counter medications.

Surgery: Surgery is used as the last resort when other treatment methods fail. Before the surgery, the doctor performs an endoscopy to observe the sinuses. Depending on the type of obstruction, the doctor may remove tissue or an extra growth in the nasal passage to relieve the blockage. Enlarging a narrow sinus passage may also help drain the fluid buildup, thus relieving the symptoms.

Balloon sinuplasty is also known as balloon catheter dilation surgery or “smart sinus” procedure. It is a relatively new surgery and is a procedure to clear blocked sinuses.

Though sinusitis is a very common condition, it is important to stay mindful of the symptoms and prevent them from getting severe. Since sinusitis usually develops after a cold or an allergic reaction, following a healthy lifestyle and limiting exposure to smoke, chemicals, allergens, and pollutants can help keep sinusitis at bay. Stay informed and stay healthy! 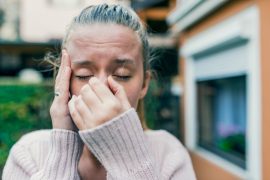 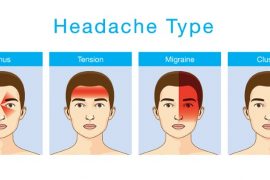 Sinus Headache And Migraine: Everything That Sets Them Apart! 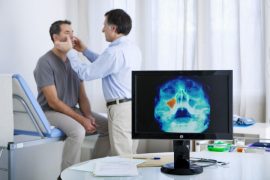