Hernia? Isn’t that something that happens only to athletes or only bodybuilders and weightlifters?
You may also have such similar questions in mind but the truth isn’t the same. Hernias happen more often than you think. A hernia can happen to men, women, and children. However, overall hernias do tend to be more common in men than women. You may not be born with a Hernia but you may end up getting one. Not many know but Hernias can cause complications that can be life-threatening. It’s important to seek emergency care if you experience symptoms. Though Hernias often show no troublesome symptoms, frequent abdominal complaints may signal a serious problem. Let us now learn more about Hernia and its various types.

What is a Hernia?

A hernia occurs when an internal organ or fatty tissue compresses through the wall of tissue or muscle that contains it which is referred to as the fascia. Most hernias are found within the abdominal cavity which lies between the chest and hips. Usually, an abnormal bulge under the skin of the abdomen near the groin or the navel is observed. Anything that increases the pressure in the abdomen can result in a hernia, this can be by lifting heavy objects, diarrhea or constipation, obesity, persistent coughing or sneezing or even after giving birth.

Ultimately, the fact is that one can get Hernia either by birth or can develop as they age. The treatment for hernia can be either surgical or non-surgical. However, most of the Hernias need surgical repair. It is always recommended to get yourself checked by an expert as soon as any of the above-mentioned symptoms continue to cause severe pain and discomfort. 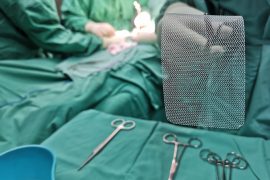 Hernia Mesh: All your queries answered! 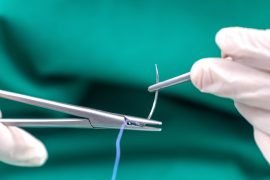 Sutures and Staples: How do doctors choose between them? 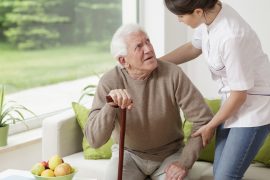 Recovery after a Hernia Surgery – What are the Associated Risks?