Cancer – just the word is enough to scare the best of us. But in reality, Cancer isn’t a singular, blanket term. There are many different types of cancers that can be formed in the body. Usually, once cancer forms, they spread to other parts of the body, which makes it fatal. Generally speaking, these are the clinical terms used for cancer –

So, what is Cervical Cancer?

Unlike most other cancers, Cervical cancer spreads slowly, giving enough time for specialists to diagnose and treat it before it gets complicated. But Cervical cancer shouldn’t be taken lightly as it can metastasize, which is, spread to other parts of the body. These often include cancer spreading to the Liver, Bladder, Lungs, Vagina, and Rectum.

In the majority of cases, cervical cancer is caused by various strains of human papillomavirus (HPV), a sexually transmitted infection that is preventable through vaccines. When exposed to HPV, the body itself fights against the virus. But in some cases, the virus survives for years contributing to the development of cancer. Hence it is important to go for regular screen testing or to get an HPV vaccine.

The HPV vaccine protects women against these infections. The purpose of the vaccine is to produce antibodies that help fight against the HPV, thus preventing it from infecting cells.

The vaccine does not treat the existing HPV infection or prevent other sexually transmitted diseases.

In the year 2018, an estimated 570, 000 women were diagnosed with cervical cancer and about 311 000 women died from cancer. It is the fourth most common type of cancer. But that being said, if Cervical cancer is detected early and managed effectively, it is one of the most successful and treatable types of cancer.

What are the symptoms you need to look out for?

A woman might experience no signs or symptoms at all in the early stage of cancer . Depending on the tissue and organ in which the disease has spread, the symptoms might differ. As a result of which women should have regular cervical smear tests or pap tests.

The most common signs or symptoms of cervical cancer are:

The cause of these symptoms may also occur due to some other medical condition or infection but it is important to visit the doctor if you spot any of the symptoms.

How is Cervical Cancer Treated?

While the final call for treatment lies in the hands of your doctor, there are some factors that they will consider which include the stage of cancer, age as well as overall health.

Cervical cancer treatments include Surgery, Chemotherapy, Radiotherapy, or the combination of these according to cancer.

When cancer has not spread from the cervix, surgery is the common treatment method. If the doctor feels the cancer cells are still inside the body then they might suggest radiation therapy.

Advanced cancer is also referred to as invasive cancer because it has invaded other parts of the body. Surgery is usually not an option after cancer has spread beyond the cervix.

Chemotherapy is an aggressive drug treatment that targets the cancer cells that divide and grow rapidly. In simpler terms, chemotherapy is the use of medication to treat the disease.

What are the side effects after treatment?

Post-treatment, women may experience certain symptoms. These vary from treatment to treatment. While your doctor will tell you about these in detail, on a general note, these are some of the side effects you may face.

The side effects after Chemotherapy –

The side effects from Radiation Therapy

Radiation therapy involves the high energy of beam that is used to destroy the cancer cells. Radiation therapy is targeted to the pelvic area. It also has certain side effects which may occur after the course of treatment is over such as:

It is important to remember that the success rate of the treatment in the early stage is more compared to the ones detected after it has injected the other tissues or organs. So, you must take steps to prevent it as much as possible.

Regular tests and visiting the doctor when you observe any change are important. Practicing all the preventive measures can reduce the risk of getting cervical cancer. Cervical cancer found in the early stages is highly treatable and is associated with long survival and good quality of life. 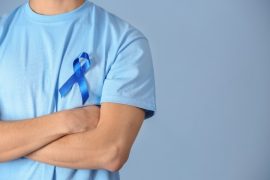 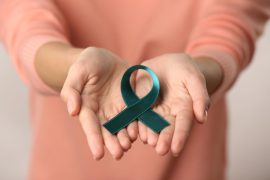